A few years ago we salvaged some nice French doors and used them in our small green barn for a main entry. While the paint held well on the upper 2/3, it peeled badly on the bottom - primarily due to de-lamination that had progressed before we got them. Like most things, a simple fix is possible under the "where there's a will, there's a way" philosophy. Here's how we fixed it for pretty much free: 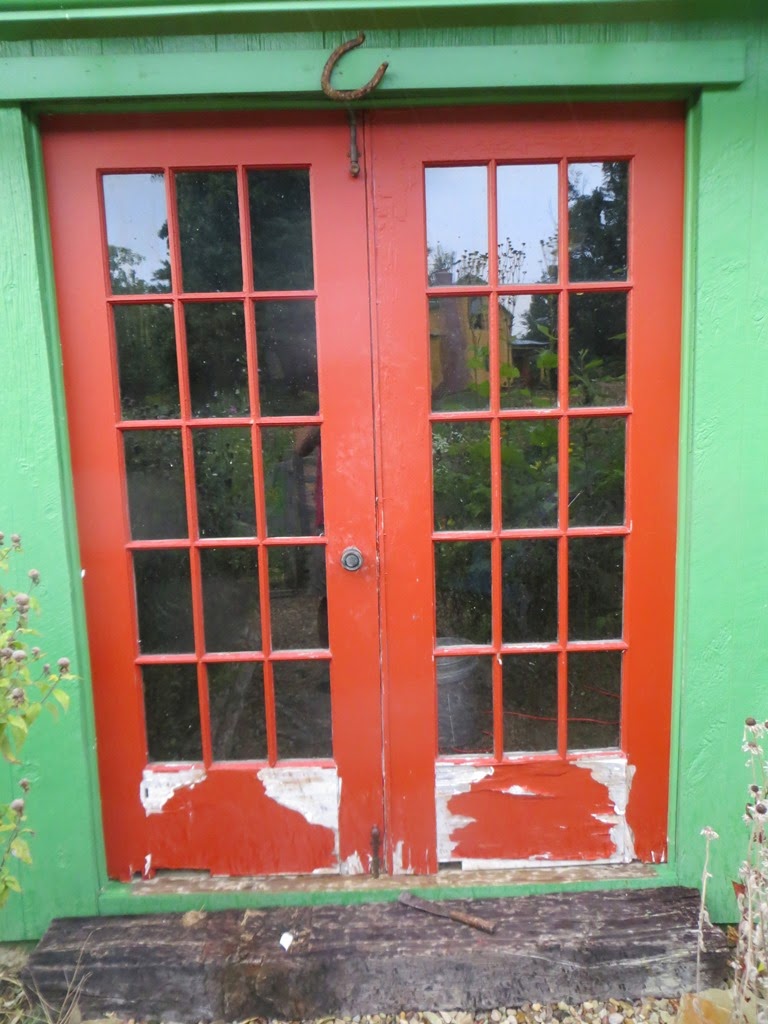 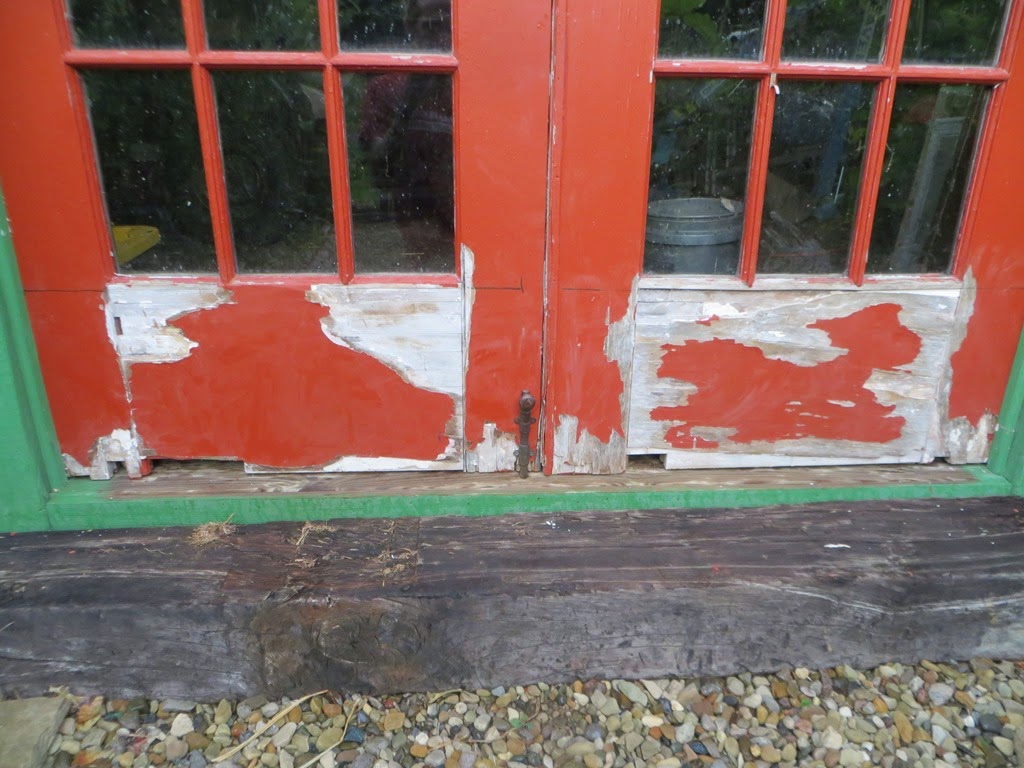 2) With a handy oscillating tool, cut a downward-sloping groove just above the peeling zone: 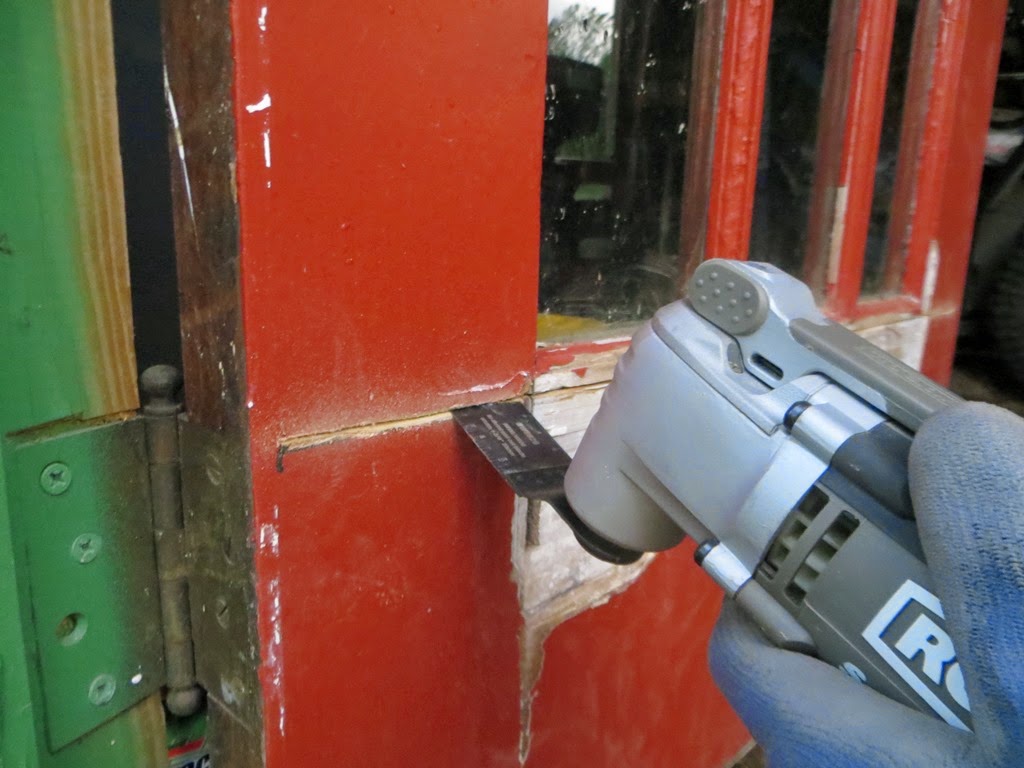 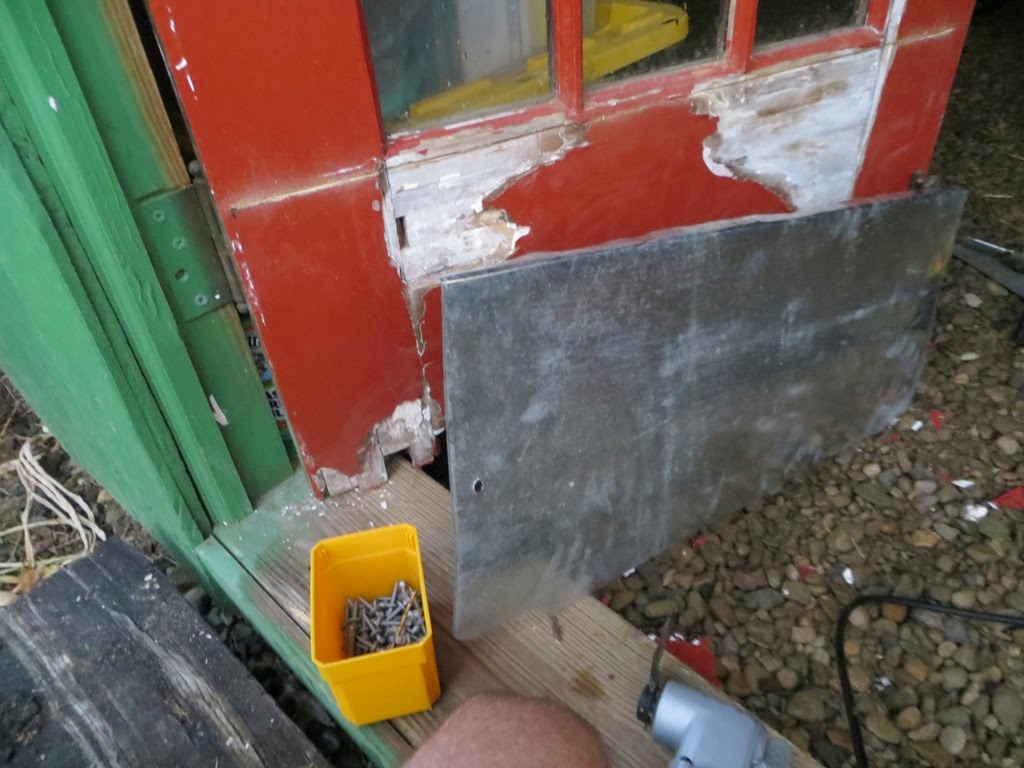 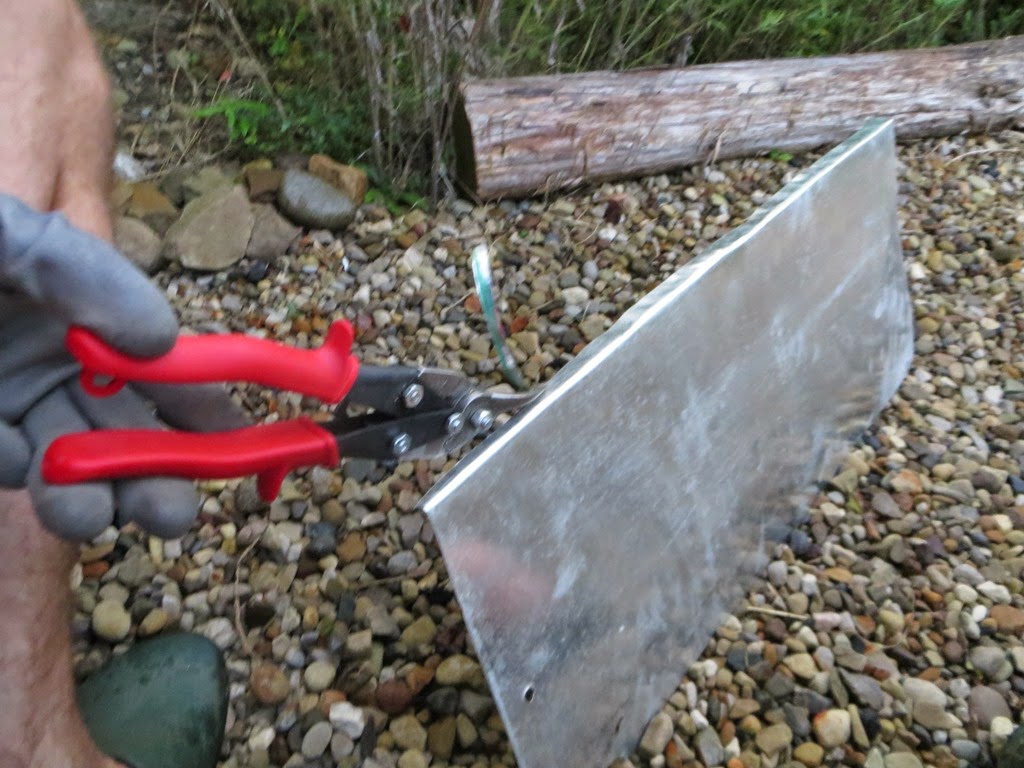 4) Using some roofing screws left over from another project, attached the new kick plates: 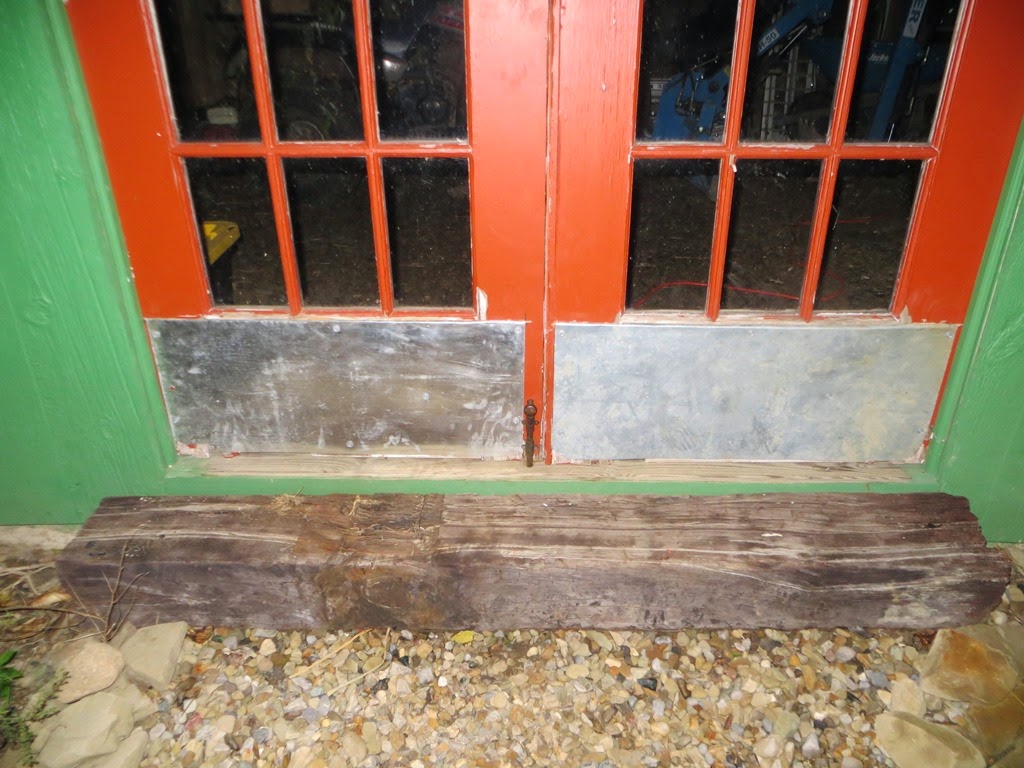 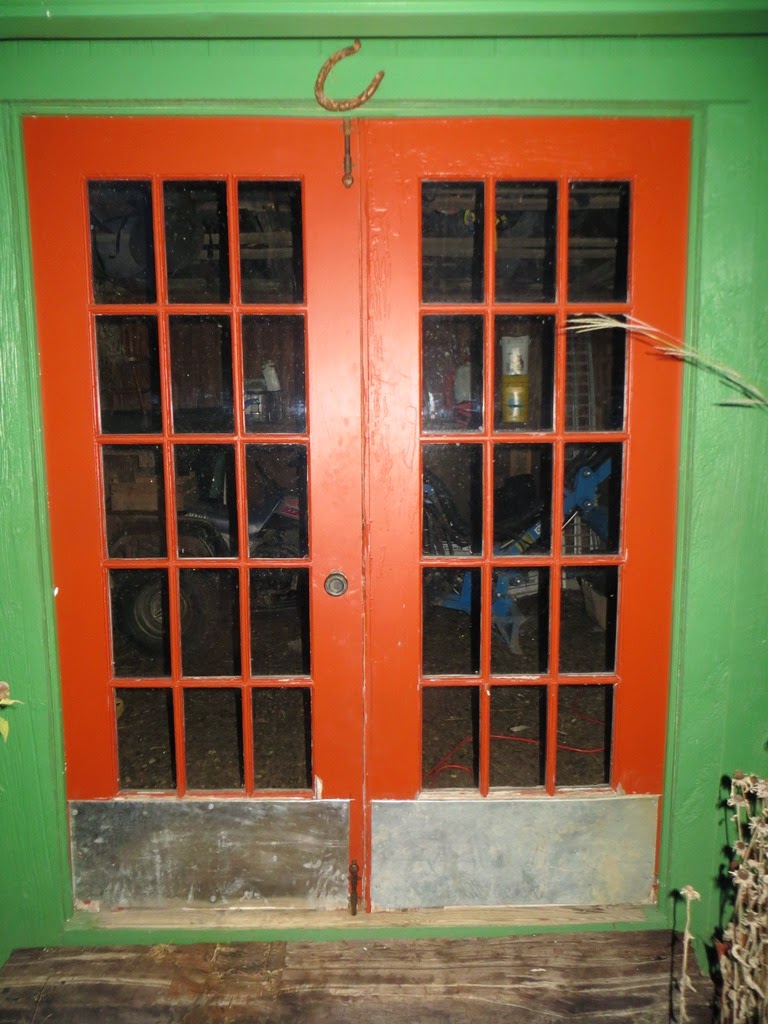 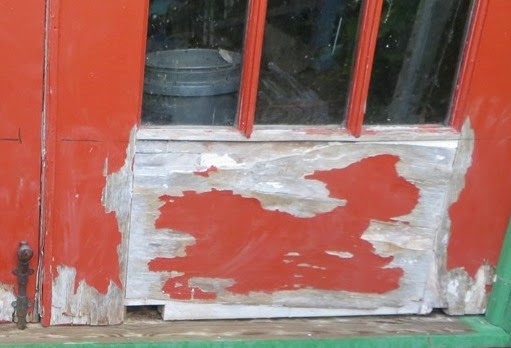 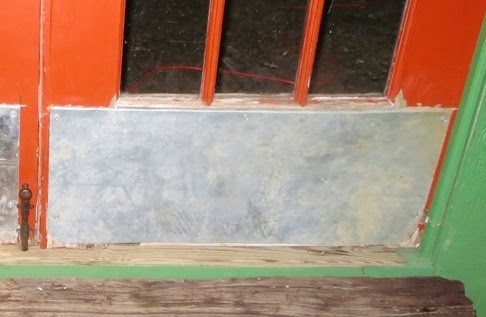 Now we can run a bead of clear caulk along the top to seal the groove and then touch up the remaining, but minor, peeling zones. A bit of weathering and we will have that sought-after "patina"!