Our little green barn needed more doors and the east side faces the parking area so that's where we decided to cut a hole and hang a couple of salvaged antique doors on a standard track (a "hybrid" door system)...here's how we did it on the cheap: 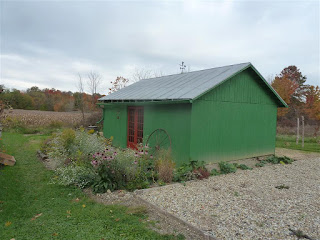 We used some salvaged 4x4's to frame the opening: 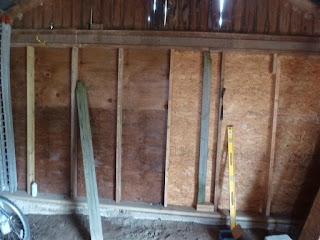 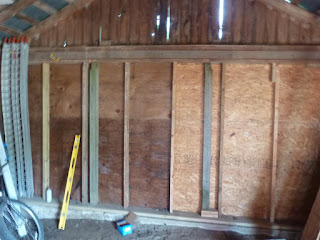 Here you can see the proposed opening w/extra studs removed. The native timber header (long beam that spans the entire wall) is strong enough to support this opening w/o the addition of a reinforced header - which is great since we didn't have enough head room for that anyway. 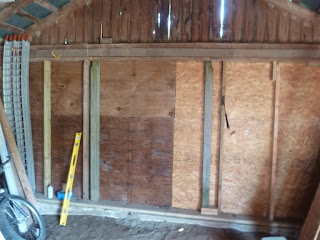 We used a saws-all (one of the most useful tools you can own) to cut the rough opening. We can see light from the East! 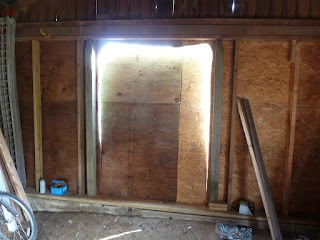 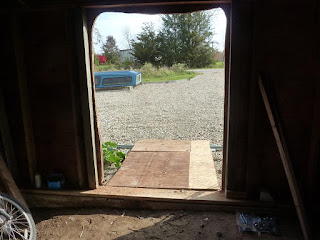 We now have our rough opening. 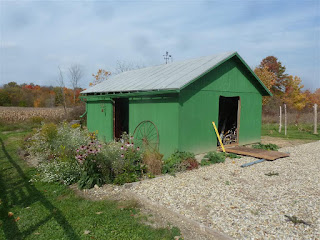 We cleaned-up the opening... 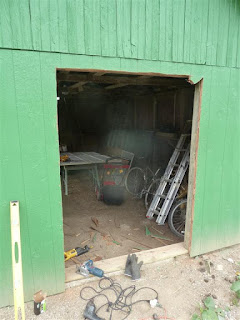 ...and fastened the edges of the opening to our 4x4's using deck screws. 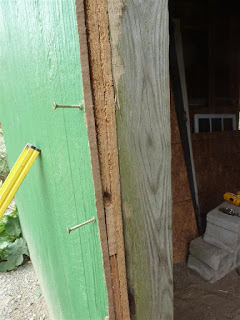 Here is the completed opening: 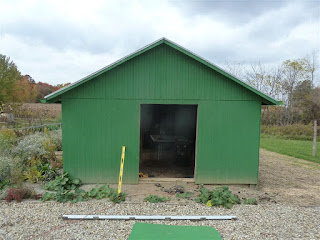 Other than deck screws, the only thing we bought for this project was a standard sliding door track and hardware. You can rig up a sliding door with random hardware but we spent a little money where the rubber hits the road (door hits the sliding point) so that we would not have problems with the most important thing: getting the door opened and closed. 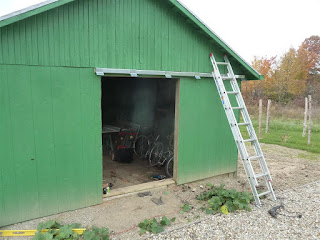 We used a salvaged treated 2x8, ripped in half, as the backer for the track and screwed that into the header using long deck screws. We were going to use long bolts to attach the backer board but decided to use deck screws (quicker) since the door is not super heavy. 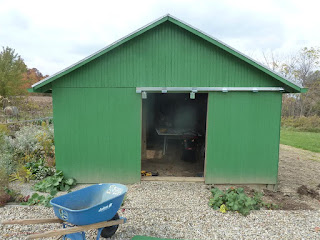 Now, the door. We got some free antique interior doors for free from a house that was being torn down. Two of these doors, fastened together, create a 60 in wide door: perfect in tandem with out 120 inch track. Since the track is spaced out from the barn surface a bit, we needed to space-out the door as well - which worked out well since we also needed to fasten the doors together anyway and the fasteners ended up serving double duty as the spacers too. We used salvaged 2x4's for nearly all of this process: 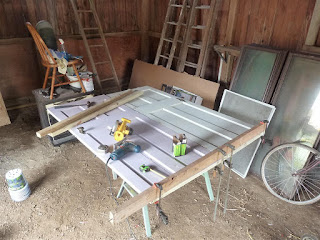 After the two doors became one, we attached the wheel hardware and then muscled the whole works onto the track. A little adjustment and it worked great! 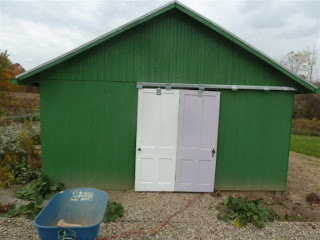 View from the inside. 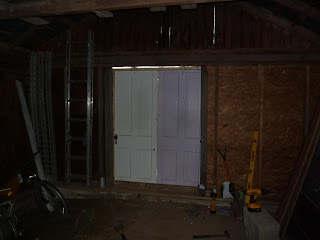 Temporary hardware to keep the wind from blowing the door open: 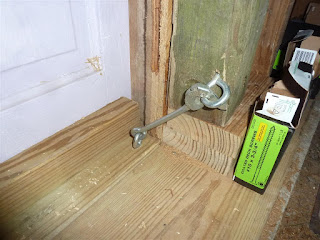 We got a nice fit to the threshold by building our spacer/splicer to suit: 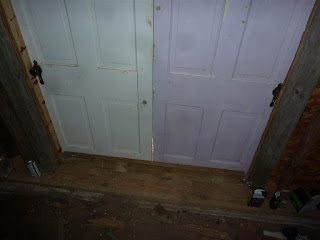 Wow, we now have a 55 inch door opening on the side facing the parking area - that's going to be handy! Next time - final touches.... 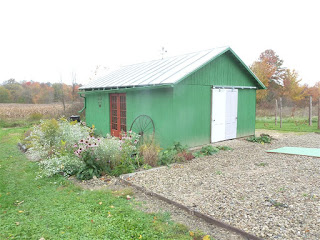