The Most Useful New Power Tool Since Cordless Drills!

I've been walking by this tool for years now wondering "what on earth would I do with that Frankenstein monster?" Well, let me tell ya, there's a reason why one should occasionally re-assess one's cynical-about-new-fangled-tool attitude! 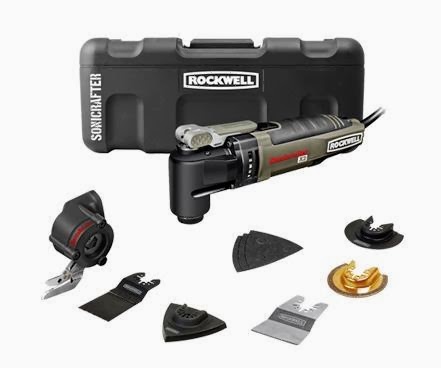 First off, it's called an oscillating tool because of the way it vibrates rapidly over a short throw on a single horizontal plane. That's how I'd describe it anyway. I was drawn to it because I needed to cut out some baseboard and wanted to get a cleaner cut than the last time I did this with my saws-all. These things can be used with a lot of different attachments but, so far, I've just used the saw blade on one project and, as far as I'm concerned, the thing has already paid for itself.

I got the Rockwell version but there are many nice makes. I suggest steering clear of cheap Harbor Freight stuff and store brands. Believe it or not, one of the main things I look for in a quality corded power tool is a quality cord. Why? A nice long cord that is made from quality materials makes the tool so much more handy as the cord will un-coil well (and therefore not get in your way) even in cold weather. Normally, if a power tool has a nice cord it is also a nice power tool.

For this task I wanted to get a clean cut with good precision and didn't want to cut into the floor. The latter is impossible with any type of circular blade. The oscillating tool has a super short throw (how far the blade moves from side to side) which allows you to make a cut like the one below and get flush with the floor without tearing it up. 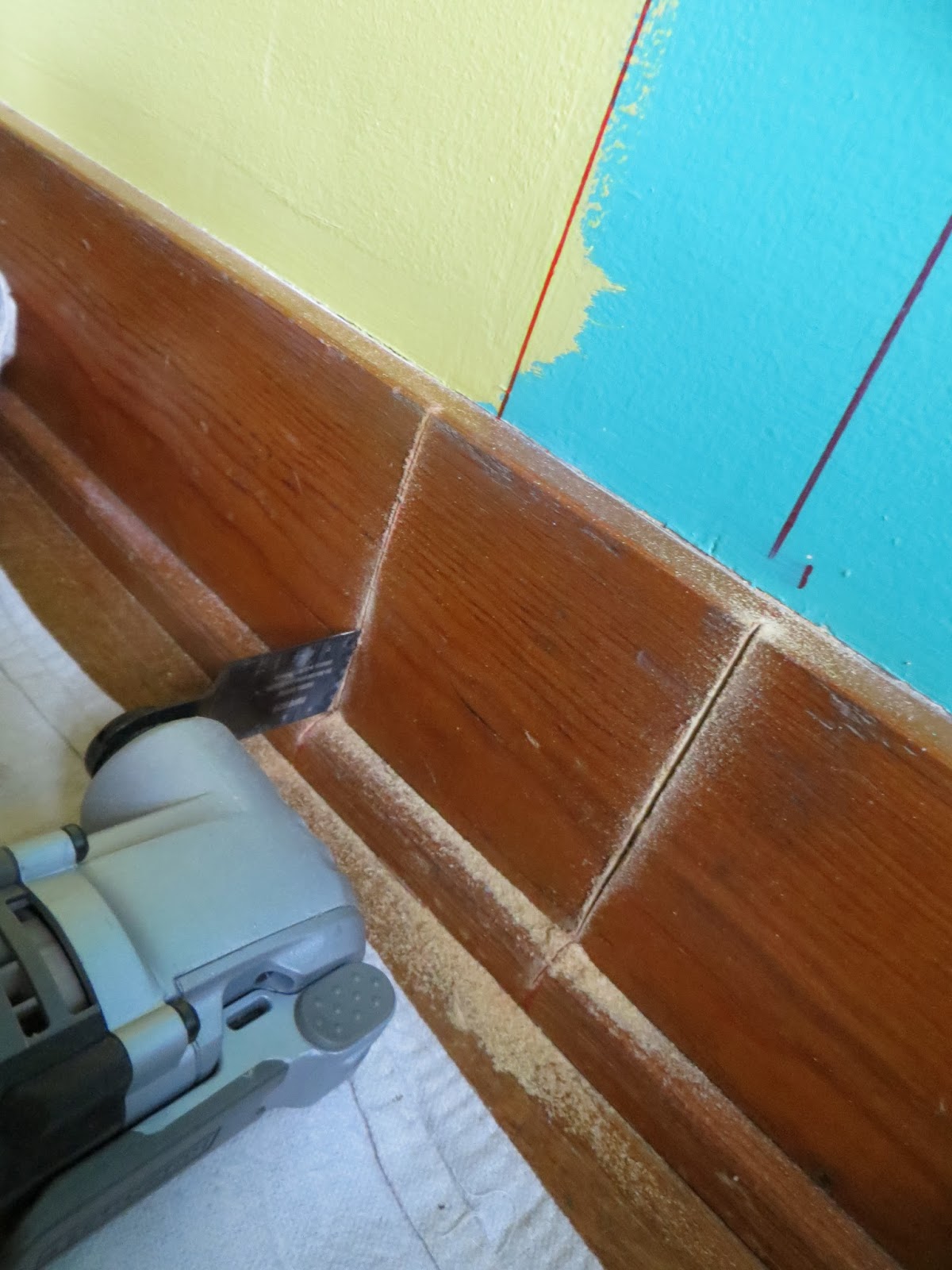 Here is the nice fit I achieved between the removed baseboard section and the new wall section: 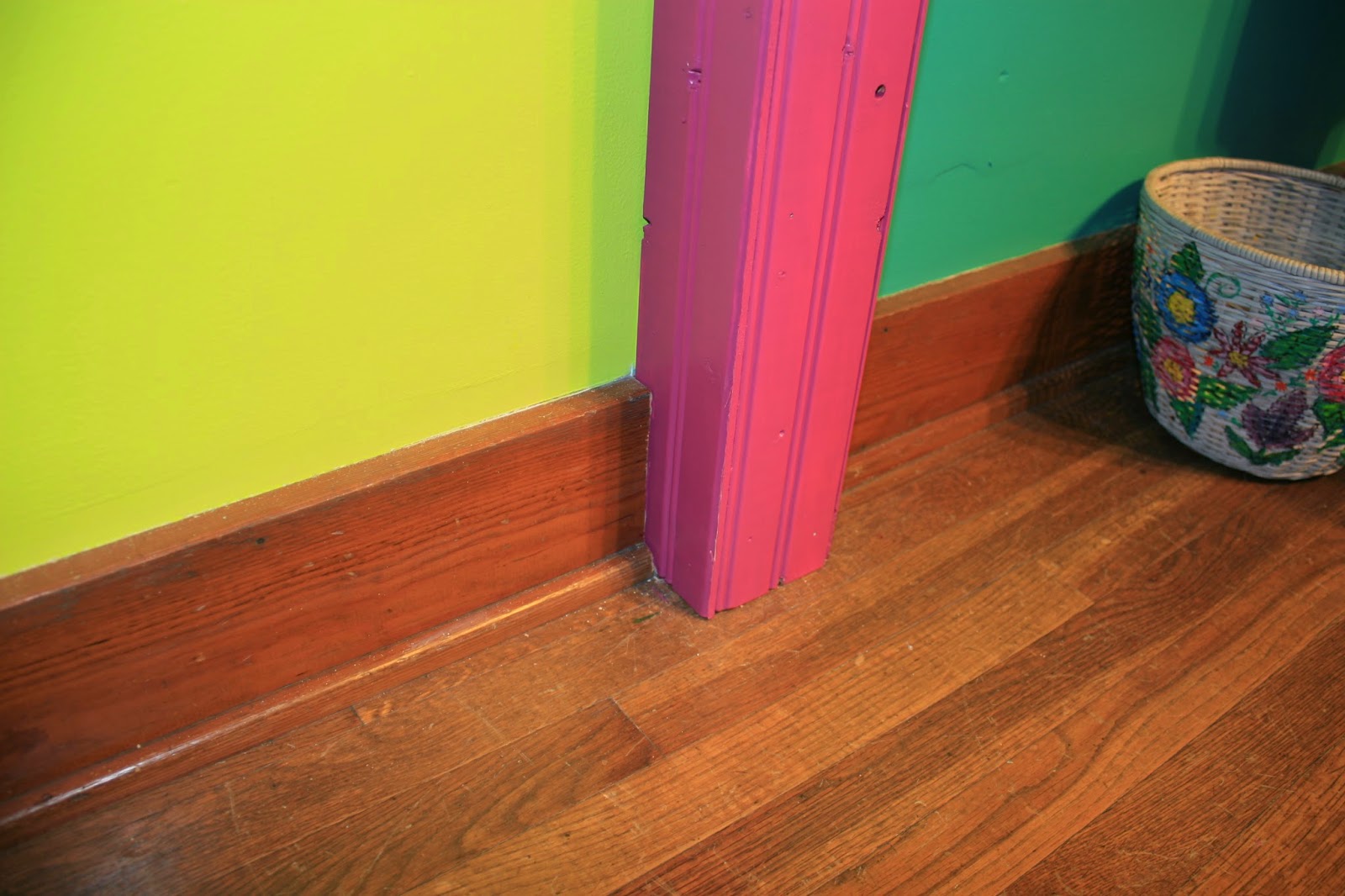 I also used this tool to create deep and narrow recesses in the bottom of a door in which to install rolling castors. This tool impressed me on that job, too, in both speed and accuracy.

I'm not telling anyone to run out and buy one of these, but you might want to take a quick look at one and assess if it might have a place in your shop or tool box.