Ancient Sunlight, Our Driveway and a Bobcat

Long before carbon sequestration and CO2 offsets were trendy we read a great book called "The Last Hours of Ancient Sunlight" by Thom Hartman. Its all about how our fossil fuels (coal/oil/natural gas) originated from ancient sunlight. In other words, the decayed remains of the creatures that comprise our fossil fuels were sourced from the rays of sunlight that shown on the earth eons ago. Its a great read.

Anyway, we could also speak of ancient sunlight with respect to limestone - because it is comprised of the remains of sea creatures and has been deposited over the eons. So that brings us to our driveway.

Our driveway is hard as a brick most of the time but, when it rains a lot, it can be an embarrassment. So we decided to get ourselves a little ancient sunlight in the form of crushed limestone from a local quarry.

We were amazed that you can get some guy in a humongous dump truck to haul such a huge load of stone to your house for so little money!! Here's the load after part of it had already been spread: 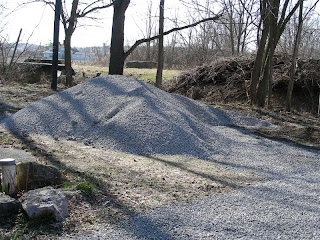 We are lucky enough to have a neighbor who facilitated all this and also spread the stone with his Bobcat. This guy is an incredible Bobcat operator. He'd get a scoop of stone and then spread it like a steady rain: 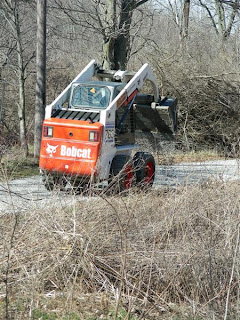 All that was left for us to do was hand rake it a bit... 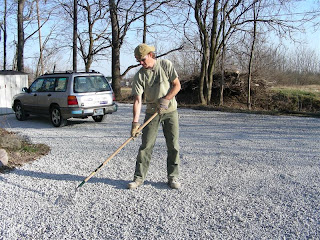 ...and admire our sassy new drive: 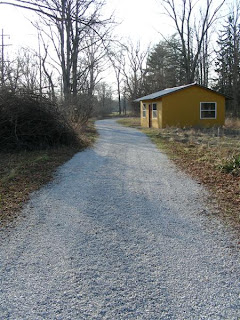 Only in America can you call a guy at 8AM and have a newly-stoned driveway a couple hours later !!! 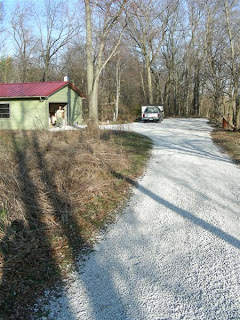