Wildlife in the City - Cliff Swallows to be specific

The town of Carlsbad grew along the Pecos River whose waters are now used heavily for city usage and irrigation of crops. The river is dammed and diverted in quite a few areas around here with the canal through town being one of the major diversions. Just a week ago the canal was full almost to the brim, but is almost dry now due to the water being used for irrigation. There is a nice walking/running/biking path along the canal that I currently walk most mornings. 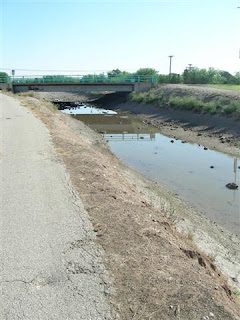 I've noticed for a few days now the many, many swallows that swoop over the water in the canal and thought to bring along my camera today. This bridge along the major road of town is obviously a favorite swallow nesting site. It's really quite amazing standing nearby with maybe a 100+ swallows zipping around. 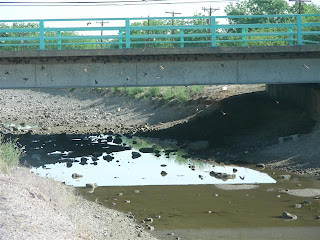 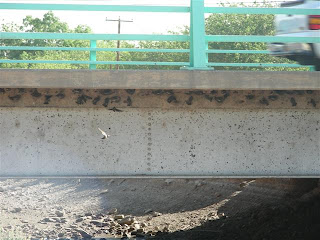 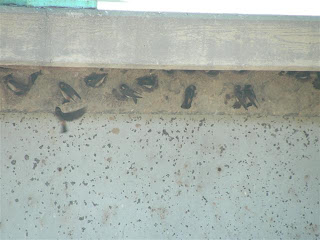 With the zoom feature on our point and shoot digital camera I was able to take a few closer shots and determined most of the swallows to be cliff swallows. You can see the white forehead on many of the birds, a distinguishing feature. The following photo is great - it shows a few completed nests ("gourd-shaped mud cone with small entrance hole" -Sibley) and a few under construction. 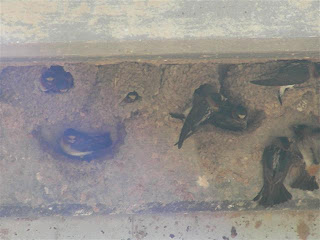 Yesterday morning I watched the swallows as they landed on the mud lining the canal and then took some back to the nest. 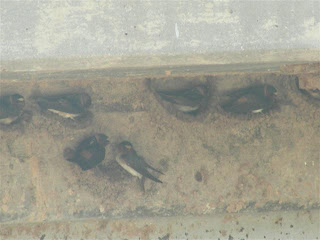 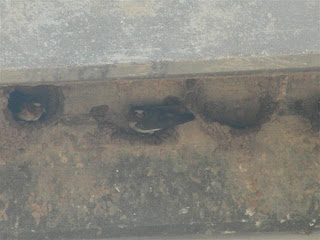 Amazing creatures! Look at this... 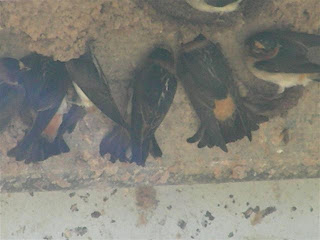 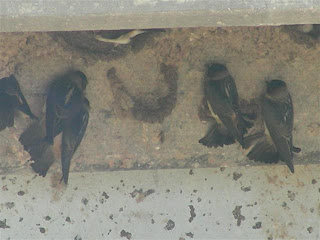 I can hardly believe they fly in and can land just like that on a vertical surface. 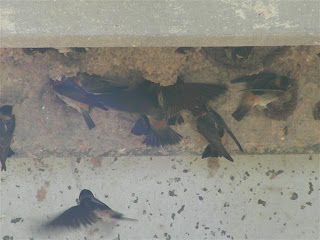 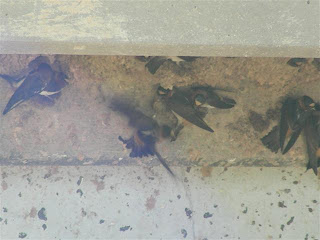 Isn't it great to see wildlife so well adapted to our cities?
Posted by Jennifer at 12:20:00 PM