"Got zucchini?" The answer to this question is invariably , "yes" for anyone who has planted even one zucchini plant. Zucchini is a super-producer. So that's why we are always on the lookout for new ways to integrate zucchini into our eating. Jennifer found a recipe for Zucchini Crisp in a magazine and then Steve altered it somewhat and here is the morphed version:

Here's what Steve did: 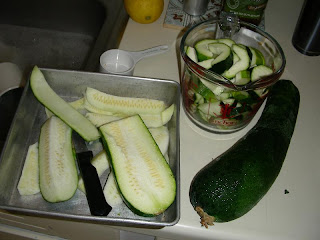 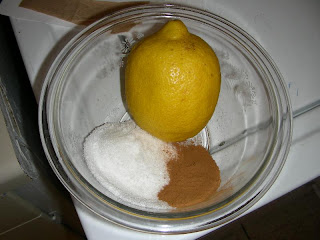 Whisk all that up: 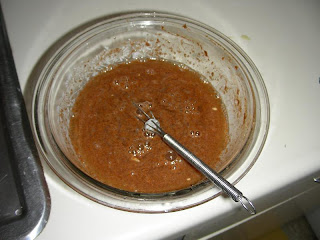 Pour over the zucchini and heat to simmer: 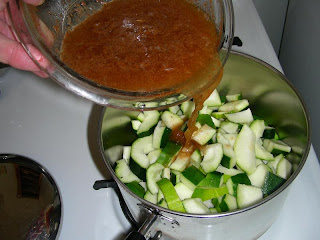 While I waited for the zucchini to heat up, I combined the topping ingredients... 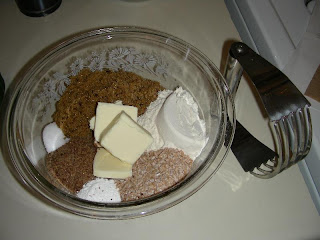 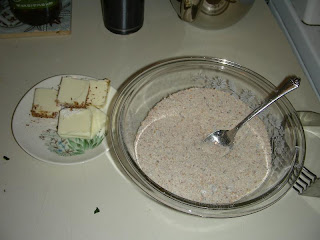 ...then cutting-in the butter: 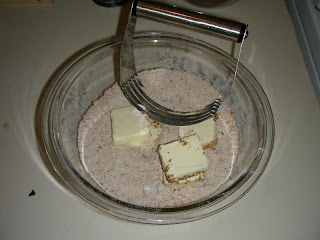 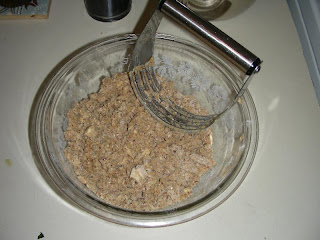 In the mean time, I'd been stirring the zucchini filling... 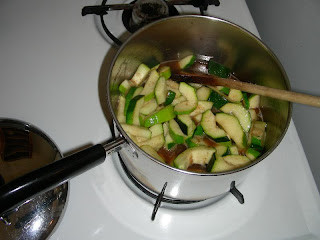 ...until it cooked down like this (zucchini should be just soft, but not mushy): 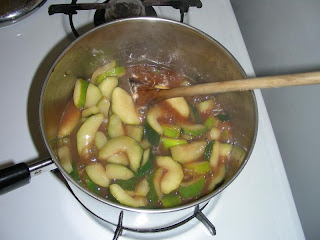 Now that I had all my stuff ready... 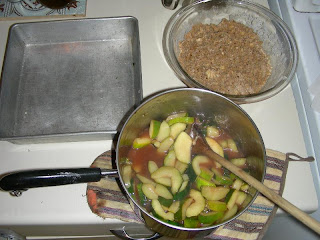 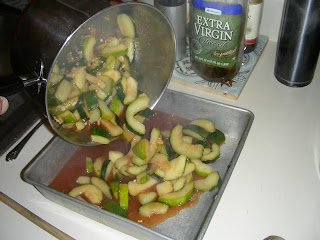 ...then poured the topping over that: 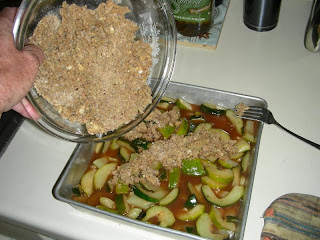 I spread the topping out evenly: 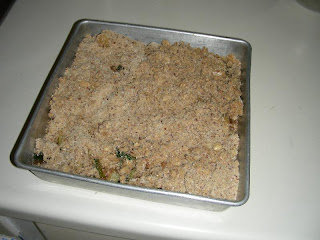 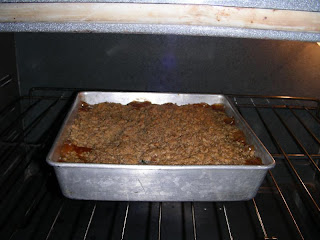 Here it is, finished: 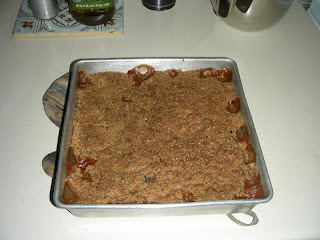 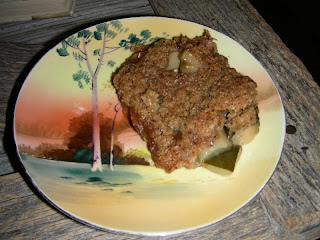 The verdict? Well, if I had a tree-full of apples to use, I'd probably make apple crisp before I'd make zucchini crisp. I'll see what Jennifer thinks when she gets home from work and we'll report our combined conclusion tomorrow! Of course, this recipe would work fine for other fillings. I'm thinking that substituting a sweeter squash (butternut, sweet dumpling) or just about any fruit would be fine too. The general recipe is a good one for crisp.
Posted by Jennifer at 2:04:00 PM

Email ThisBlogThis!Share to TwitterShare to FacebookShare to Pinterest
Labels: recipes