At the beginning of October when we pulled all our tomatoes plant out, we saved the green firm tomatoes to try our hand at ripening off the vine. The first method we tried entailed nothing more than laying the tomatoes in a single layer on newspaper on our laundry room floor. The temperatures are relatively cool in there, but that seemed just fine with our ripe and ripening batch: (I've already pulled one large load of ripe tomatoes out of this batch for roasting.) 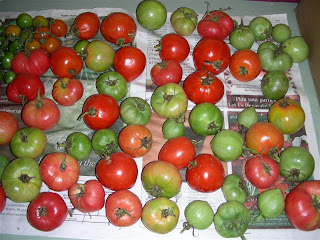 Next to our open tomatoes we placed a box for trying the second method of indoors ripening. 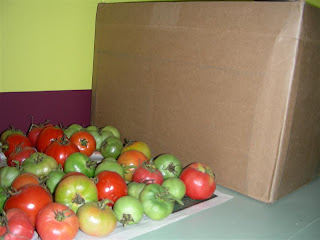 We wrapped the second batch of unripe tomatoes in newspaper, placed them in the box, stuck an apple in to help with ripening and closed the box up. 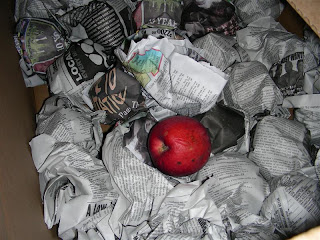 Opening the newspapers revealed this: 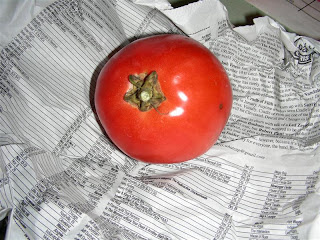 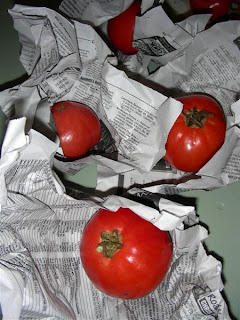 These tomatoes do not taste like the succulent vine-ripened tomatoes we all love, but they are just as good as store bought or canned tomatoes and so will serve us well for soups and sauces.

Quite a few tomatoes are still ripening so we expect a few more harvests from our indoor tomato patch. We are really glad we saved these!
Posted by Jennifer at 5:27:00 PM

Email ThisBlogThis!Share to TwitterShare to FacebookShare to Pinterest
Labels: gardening