You'll have to look closely at these photos since we used a point and shoot camera for these pictures, but if you do you will see short-eared owls in each.  (Here's a close up from Wikipedia.) We've never seen short-eared owls before and after many reports this winter we had to go see the ones at Battelle Darby Creek.  Short-eared owls are crepuscular meaning they are most active at dawn and dusk so we went out to the wetlands/fields they prefer around sunset and found them right away.  Exciting!
Here's a short-eared owl perched on vegetation: 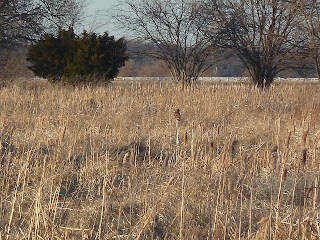 One soaring low in the way they do looking for small mammals to capture and eat. 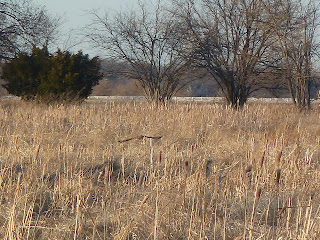 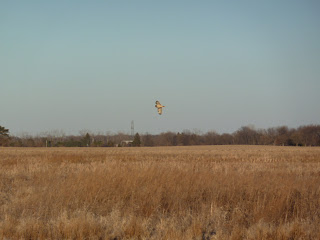 Here two short-eared owls are in flight.  We could clearly hear the high, nasal or wheezy barks given by both sexes as they communicated with one another. 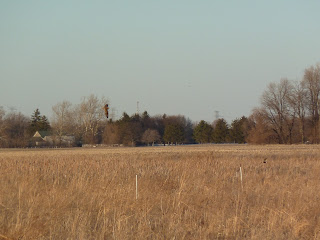 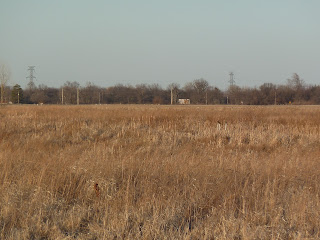 One more in flight... 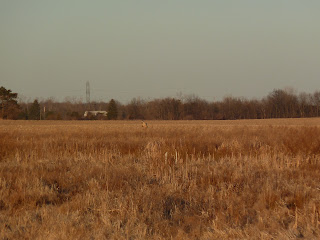 Short-eared owls "roost during much of the day in hidden spots, often on the ground among weeds and grass; at night flies low over fields and marshes."
They will move north soon with much of their summer range in Canada.  We feel lucky to have seen them!