Here's what the cupboard looked like after I had put in part of a good day on it. It still needed sanding, shelves and a door latch of some sort. 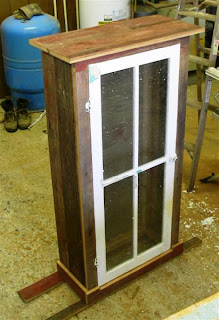 A bit of sanding and I was able to bring out some interesting patterns from the old layers of paint on the window: 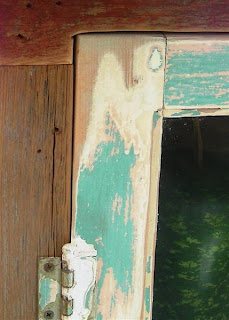 And from the variously weathered barn siding: 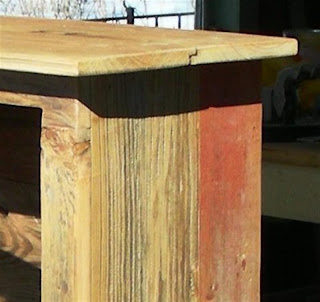 After consulting with Jennifer... 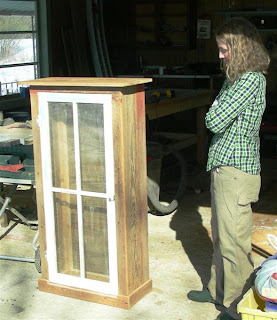 I set to work on the shelves: 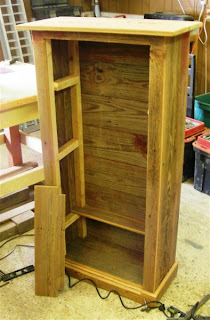 I simply attached short horizontal rails on either side of the softwood framing (while considering desired shelf spacing) and then cut barn siding pieces to fit: 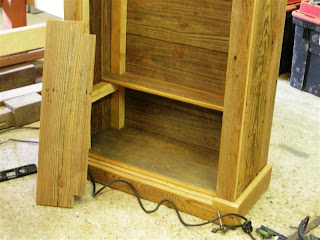 Now for the window latch. The window had a latch from days-0f-yore but I did not have the matching part which would attach to the framing face board. What to do? 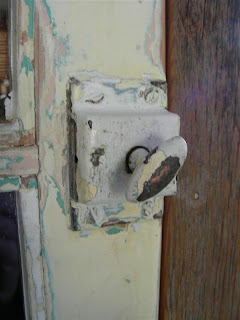 Well, I did happen to have one part of a magnetic latch from days-of-now, so I screwed that to the inside of the window: 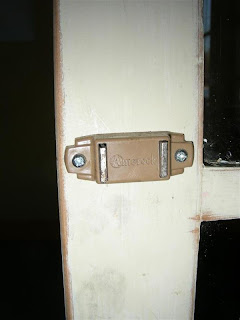 And then I made the counterpart with a scrap block of wood and a piece of metal strap. This contraption was screwed underneath one of the shelves and would serve to pull the window shut by attracting the magnetic part of the latch (above): 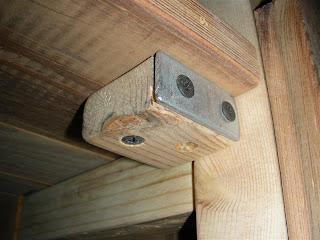 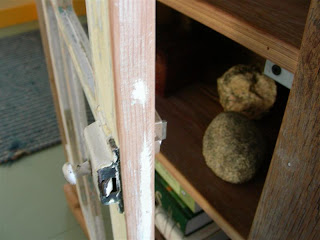 That was it. It was finished. We brought it inside: 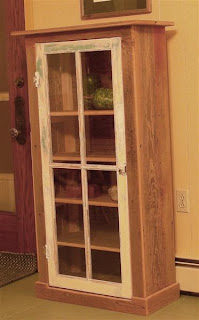 We put some stuff inside: 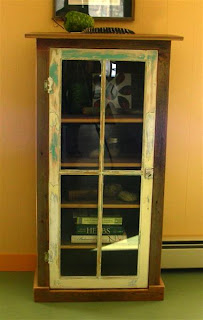 We put some stuff on top: 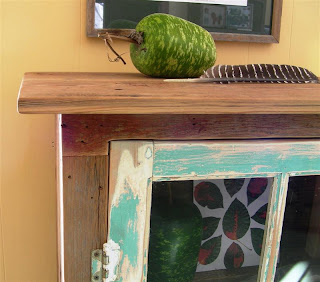 And we felt good about our little-window-that-could! 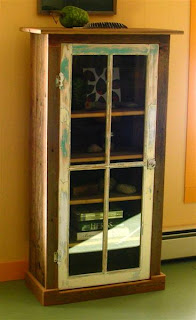